Someone, in a conversation with me, has claimed that if we went back to the gold standard, or at least, if the Central Bank did not inflate the currency, there would be zero economic growth (or even a recession).

I countered that we certainly did not observe this happening in the 19th century, when US and UK economies grew very rapidly.

He answered: Yes, they grew, but not nearly as rapidly as in the 20th century.

To correct for this, it's useful to look at the logarithm of growth, as opposed to pure growth. For those who don't know much math, logarithm is a function inverse of exponential function. So, if a graph shows exponential growth (as in the case of growth rate of an auto-catalytic reaction), its log will show a straight line.

After this introduction, let's look at the data. The following figures show growth of GDP in the United States, from 1790 to 2010. The graphs are logs (including the second one, despite the label). "Real GDP" is adjusted for inflation, as I understand (I may be wrong).

I don't know about you, but to me, growth rates seem very comparable. And GDP is just the first measure of growth that came to my mind and not necessarily the "purest" measure of the growth of "real wealth". 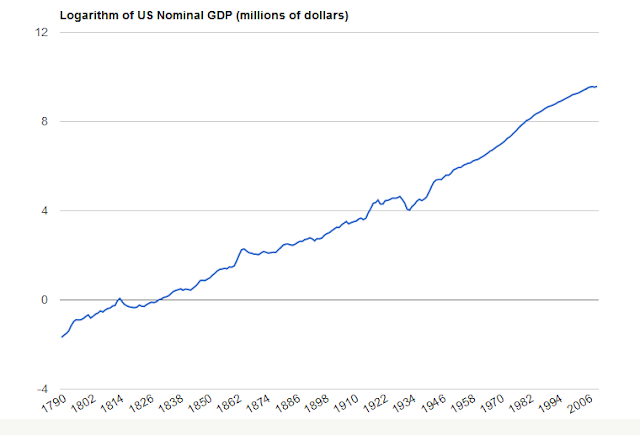 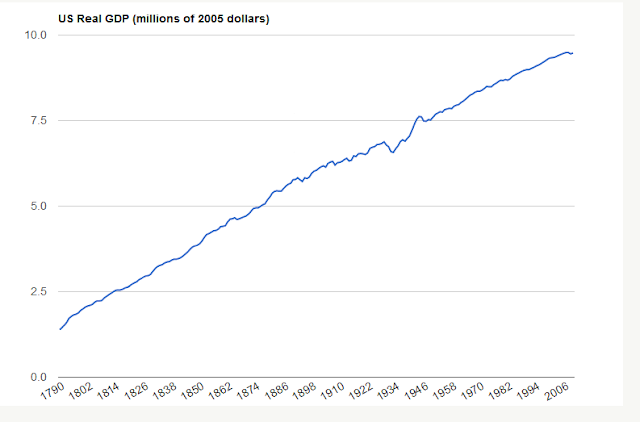 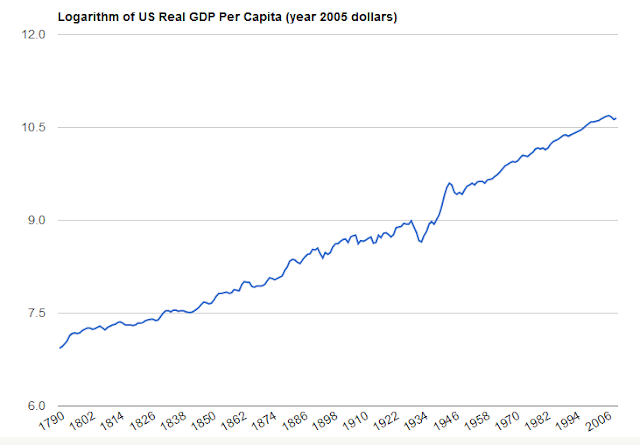 (Source: Measuring Worth > Datasets > US GDP)


This is also a rather interesting graph — Consumer Price Index, in logs: 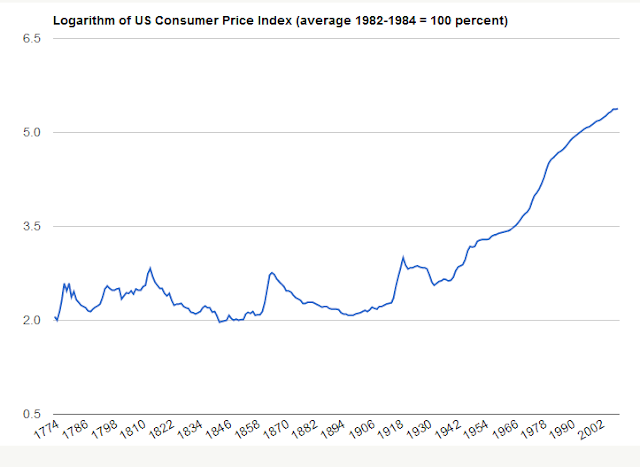 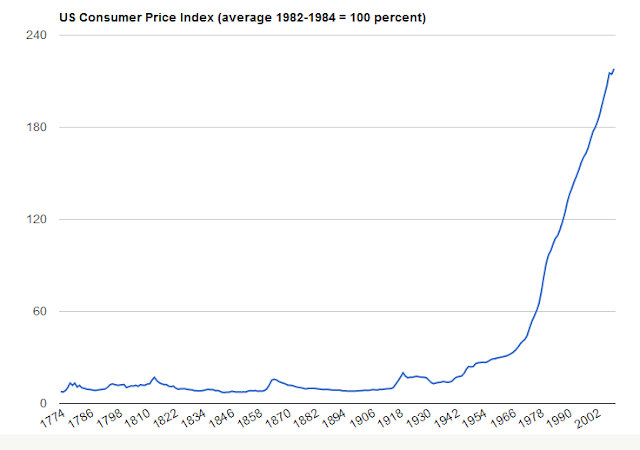 If you go to the interactive graph, you will see that the prices rose rapidly when US entered a war (the US Revolution in 1776, the War of 1812, the War of Northern Aggres... I mean, the Civil War in 1861, and the First World War in 1916). Then, FDR took away Americans' gold, and the prices rose for the duration of the Great Depression and the Second World War. Then, in 1967, the last tie to gold standard was cut, and the prices were rising ever since.

So, basically, the effect of US government on the prices of products and services is similar to that of a war.

Yeah, but if there was no inflation, there would be no growth, right? Go back to the beginning of the thread.

US growth in the 19th century looks good because of rapid population growth. I noticed you didn't include a per-capita growth chart. The 20th century wins hands down in that regard.

I just like the valuable info you provide on your articles. I'll bookmark your blog and check once more here regularly. I am moderately certain I'll learn plenty of new stuff proper right here! Best of luck for the following!